Muslim Sisters: Don’t Let Faith Stop You From Getting Married 

Recently, Junaid Jahangir wrote a blog arguing that Muslim women can marry outside the faith. Junaid quoted 10 modern-day authorities and mentioned that Universalist Muslims and a few other organizations who are seated outside the traditional Islamic establishment, serve the Muslim community by connecting interfaith couples, who consist of Muslim women and non-Muslim men, to Muslim officiants who conduct their Islamic nikkah, or wedding ceremony. 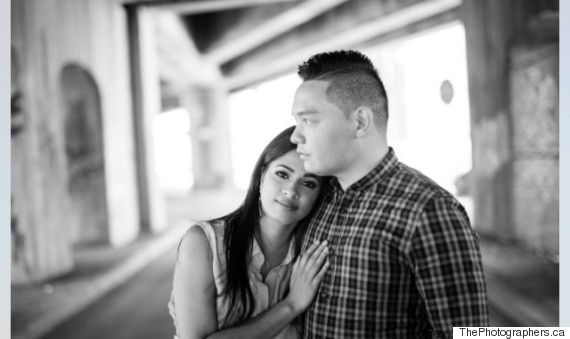 Sabrina Kabir, a Muslim, and Charles Gorham, a Catholic of the city of Montreal, are marrying on May 21, 2017, with the wedding to be conducted by Imam Mohamad Jebara. (Photo:thephotographers.ca)

Did Junaid receive criticism? Of course. There were Muslim women who reprimanded Junaid — a man — for taking the initiative to speak about what they regarded as a women’s issue. And there were Muslim men who scolded him for quoting authorities — whom they claimed were either misinterpreted or who misinterpreted Islam themselves.

Well, the critics don’t speak for all of us.

In particular, they don’t speak for the multitude of single Muslim women here in North America who know that finding a single and suitable Muslim man within reasonable driving distance of one’s home is like finding a needle in a haystack.x

That is not to say hot, single, smart Muslim men don’t exist. They do. But because the traditional mosque permits Muslim men to marry outside the faith, some of our (usually more liberal) Muslim brothers fall in love and marry compatible women outside Islam.

Easily. Studies show people more likely fall in love and end up with partners who live or work in close proximity to them. It means it is more probable for a great single Muslim guy to fall in love with his non-Muslim co-worker, classmate or neighbour than his parents’ friends’ adult Muslim daughter who lives on the other side of town, or in another town altogether.

Is it up to families and communities to decide what is acceptable for a Muslim woman? No.

And although there are many conservative Muslim couples who continue to marry within the faith here in the west, some must go to great lengths to do so, meeting prospective partners from other cities, sometimes other countries. In many cases, they do not get to know one another well, or at all, in advance of their wedding day.

Now let’s get real. Not everybody wants that. Getting to know one’s partner before marriage is important to many single Muslims here in North America. And faith is only one aspect that two people may share to help create and maintain a relationship. Culture, tolerance, respect, shared values and lifestyle all play a significant role in how deeply a couple may connect with one another — especially when faith, particularly Islam — is practiced, interpreted and expressed in many different ways. Just because two people are Muslim doesn’t mean that they hold the same world view, and just because two people are from different faiths doesn’t mean that they don’t share a common world view, as well as mutual respect.

It is unfortunate that despite all this, and notwithstanding the Islamic authorities that Junaid quoted, that for many traditional mosques, marriages between Muslim women and non-Muslim men remain forbidden.

So, does this mean that while single Muslim men fall in love outside the faith with the blessing of the traditional Muslim community, that single Muslim women are all at home watching Netflix?

Some Muslim women are out dating amazing men of other faiths and having a great time. Some are falling in love. Some are planning their futures with them — and hoping and praying that their families and communities will accept their interfaith relationship. 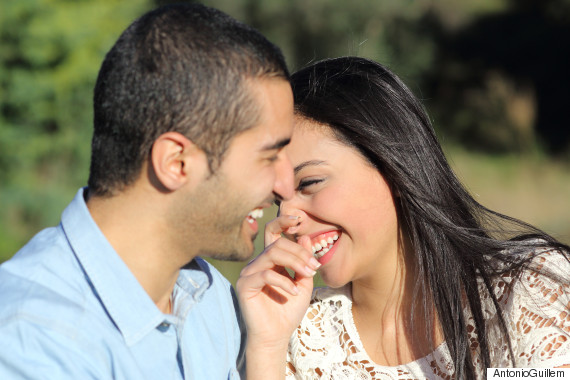 We know some will and that some won’t.

But is it up to families and communities to decide what is acceptable for a Muslim woman and how she lives her life?

Moderate Muslim parents with single adult daughters are shaking their heads right now and saying “but it’s easy for my daughter’s boyfriend to simply convert.” This is true. Though some Muslim leaders make the practice of Islam seem complicated, conversion to the faith does not require study nor practice, only utterance of the words “there is no God but God and Muhammad is God’s messenger” — “la ilaha illallah muhammadur rasulullah” — in order to declare one’s faith.

A non-Muslim man must not simply tolerate her Islamic identity – her “Muslimness” – but understand it.

But then the question becomes whether those words should be uttered and that oath be taken absent a spiritual conviction to embrace Islam. Also — should they be said in circumstances which create an unnecessary obligation? And when a man converts simply for marriage, does it change the foundation of the couple’s union? After all, isn’t it important to enter the institution of marriage with authenticity, where both individuals can be their true selves?

The answer must be yes, because without an honest foundation upon which to build a relationship the consequence may be disastrous — making divorce more likely.

Are there any rules at all? Yes.

In this day and age, any non-Muslim man who wishes to marry a Muslim woman must embrace her with both a tremendous love and an unshakable respect. What’s more, he must not simply tolerate her Islamic identity — her “Muslimness” — but understand it.

Because in our era, we Muslims face many challenges and our partners must be strong enough to walk with us, without hesitation, on the road ahead. For better or for worse.

So, to our Muslim sisters: follow your heart. Be strong, honest and walk on the straight path with your beloved, no matter what his faith.

To interfaith couples requiring a Muslim officiant for their wedding — Mubarak! And send us an email here.
# # #
Interfaith Marriage Officiant – Mike Ghouse www.InterfaithMarriages.org

CAN A MUSLIM WOMAN MARRY A NON-MUSLIM MAN?