From intermarriage to intersectionality, five issues that could make a splash next year.

Leaving aside President Trump’s continued impact on the country (and the Jewish community), the Israeli-Palestinian conflict and the rift between Israel and the diaspora over Who is a Jew, we consider five other issues that will likely demand our attention in the next year.

As intermarriage increases in this country, the willingness of rabbis to officiate at interfaith marriages is becoming a topic of growing interest, especially in the Conservative movement; this fall some prominent rabbis with ordinations from the Jewish Theological Seminary publicly bucked their movement’s official “no” position. Manhattan’s B’nai Jeshurun congregation said it would sanction intermarriages, as would Rabbi Amichai Lau-Lavie of Lab/Shul. Elsewhere, some rabbis left the movement or were expelled, and others defended their positions in op-ed essays. In response, a pastoral letter signed by the heads of Conservative Judaism’s East and West Coast rabbinical schools as well as the movement’s rabbinical organization and congregational group reaffirmed their opposition to intermarriage.

The path charted by BJ rabbis and Rabbi Lau-Lavie — a deliberate, year-long exploration of the halachic issue involved, including town hall-style meetings with congregants — perhaps provides a blueprint for others wishing to find some way to support interfaith unions. 2018 could prove to be a pivotal year in the debate. 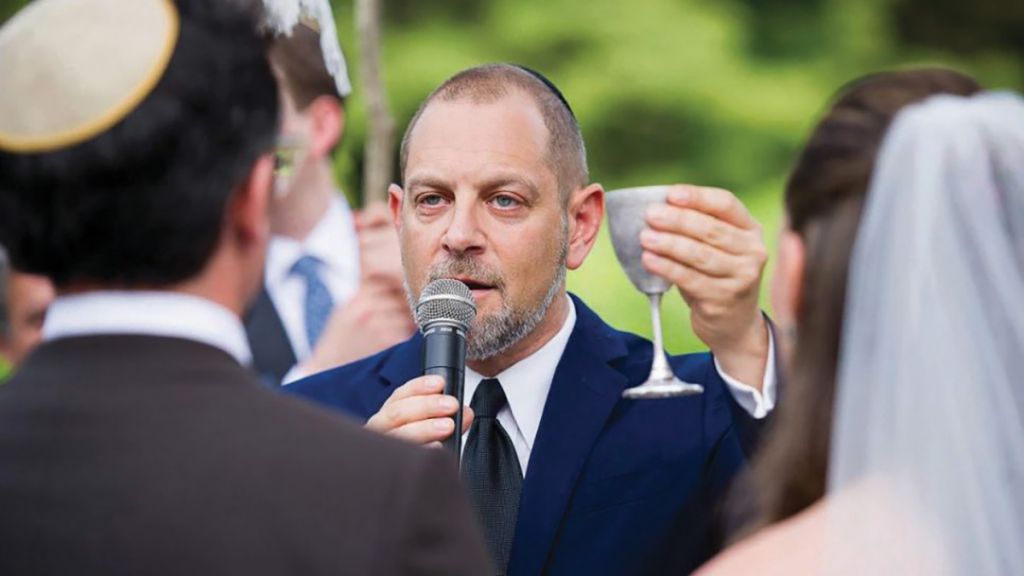 A split over the ordination of women in the Orthodox community became wider in 2017. Traditional Jewish law bans women from becoming rabbis, but liberal Orthodox rabbis like Riverdale’s Avi Weiss have introduced the title of “rabba,” and Orthodox feminists openly call for female rabbis. The Orthodox Union strengthened its ban on women serving in rabbinical roles, leaving open the fate of member congregations that ignore the ban. In what was seen as a reaction to the opposition in its ranks, the OU recently established a new division that will advance women as congregational leaders — without performing rabbinical functions.

With Israel running ahead of the U.S. in ordaining Orthodox women rabbis — thanks largely to Rabbi Shlomo Riskin’s Susi Bradfield Women’s Institute of Halakhic Leadership, founded in 2007 — it will be interesting to watch if that fact exerts pressure on the OU here. Especially with the announcement that Yeshiva University’s Rabbi Kenneth Brander, seen as a champion for Orthodox women, will replace Rabbi Riskin at his Ohr Torah Stone network of educational institutions when he retires.

One of the sleeper stories of the last few years has been the increasing ties between the Muslim and Jewish communities. While the Foundation for Ethnic Understanding has been tilling this ground for some years, it was the emergence of Donald Trump as a presidential candidate that really ignited the relationship. The two communities drew closer, united by their positions as vulnerable minority groups. Candidate-and-President Trump had consistently shown hostility towards Muslims; while he demonstrated no openly anti-Jewish animus (there were questions about a campaign ad that showed Hillary Clinton next to a Jewish star and plenty of cash), trumpeting his Jewish daughter and son-in-law, Jews, like Muslims, became the targets of the president’s white supremacist supporters, and the increase in anti-Semitic and Islamophobic acts early in his administration were attributed, in part, to his influence.

Jewish and Muslim groups are increasingly cooperating on the local level — the number of chapters of Sisterhood of Salaam-Shalom has skyrocketed since Trump became a presidential candidate. And the American Jewish Committee established the Muslim Jewish Advisory Council. How the relationship between the two communities gets to the next level will be worth watching in 2018. Will it become more activist and political, and, if so, how will the subject of Israel be handled?

The Real Threat of Intersectionality

On the ground, this issue, perhaps more than any other facing the Jewish community, has the potential to isolate pro-Israel Jews. The growing movement — which draws parallels between forms of discrimination such as racism, sexism, classism and gender bias — has caught liberal Zionists, on campus and off, in its grip. And it has turned natural progressive allies into enemies as Israel’s treatment of Palestinians has been linked to the wider conversation about racism.

In June, a Chicago lesbian march ejected three women for carrying gay pride flags adorned with Jewish stars, saying the march was “anti-Zionist” and “pro-Palestinian.” The Jewish reporter who first wrote about the incident for a Chicago LGBTQ newspaper said she was removed from her reporting job as a result of the article. The Dyke March controversy — as well as similar debates about the role of Zionists in the feminist movement and whether demonstrators could bring banners with Jewish stars to a Chicago feminist march — illuminated a growing challenge for Zionist Jews who feel unwelcome in liberal spaces. The Jewish community needs to find a nuanced response to intersectionality, and the sooner the better.

Where Does the Democratic Party Go on Israel?

Some centrist-minded and liberal Jews sounded the alarm early in 2017 when Minnesota Rep. Keith Ellison’s name emerged as the front-runner for head of the Democratic National Committee. Ellison, the first Muslim elected to Congress, was thought to be too critical of Israel, and there was fear that a DNC under his command would move the party too far left regarding America’s chief ally in the Middle East. Eventually, former Labor Secretary Tom Perez was tapped for the job, with Ellison as his No. 2. But the fear that the Bernie Sanders wing of the party, rather than the Chuck Schumer wing, will dictate the party’s stance on Israel is still very real.

Will Jews, who reports say fill about 60 percent of the Democratic Party’s coffers, still feel comfortable and find a home in a party that is perceived as being too critical of Israel? It’s a question that should keep Democrats up at night as the midterm elections near next fall. n

JTA contributed reporting about the Dyke March in Chicago.