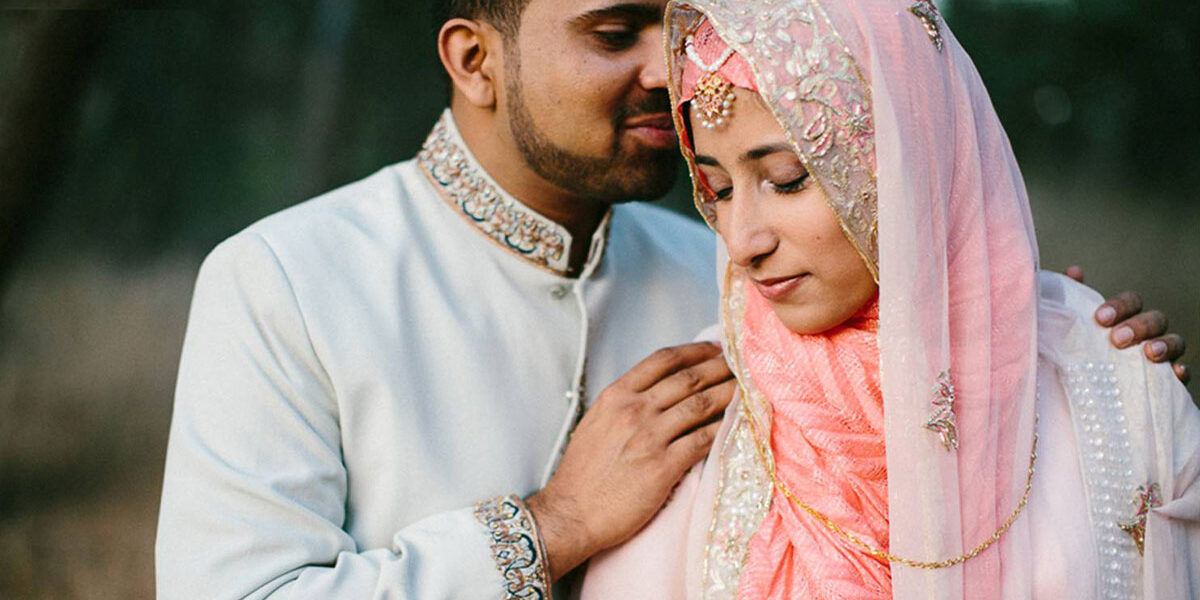 Indeed, there are more single Muslim women in the United States than single men.

As a pluralist and an interfaith specialist who has conducted many interfaith marriages between people of different faiths, I continue to learn, understand and know the issues, and the more I learn, the more openings pop up, learning is an endless commitment.

The ultra-conservatives reject the interfaith marriages or insist on conversion of one party or the other, per them they have seen it all; there is no certainty in ‘mixed’ marriages and it is guaranteed to bring unforeseen miseries, that is their fear. Deep down they seem to want the marriages of their loved ones to fail – just so they can say, I told you so.

Their fears are legitimate, but what they miss out is factoring in the statistics. Far fewer interfaith marriages end up in divorce than the regular marriages, the reason is simple; their love for each other is stronger, as it was their choice to enter into the relationship,  and their commitment to make the marriage work remains stronger.

As long as the society is homogenous and no one steps out of the known bounds, everyone is secure, and as long you do not interact with others (faith, culture, ethnicity, race), you are fine, and the system works like a charm with its own cultural and religious balance.

However, that is not the reality – no Muslim (Hindu, Jew or the other)  in America lives in a shell, he or she is constantly interacting with people of different cultures and faiths, races and ethnicities. He or she is bound to respect their friend, even if parents or religious teachers tell them that their friend will go to hell for not accepting Jesus as the savior; not following Islam or abandoning Hinduism. Indeed, the girl or the boy believes that his/her good friend will go to heaven,  and decides to accompany him or her.
A few men and women fake conversions, and the parents gloat on that victory, I have seen parents even fake it, telling their friends that their Bahu or Damaad (daughter or son in law) is a better Hindu, Muslim or Jew than their own kids. Sometimes, I wonder, what is important in life, being truthful or keeping up with the Jones’?

A couple of years ago, a Jewish mother disowned her daughter because she was marrying a Bahai, a Christian father had nothing to do with his son for choosing to marry a Hindu girl, its with every one, but not many are tested.

For the black and white mind-sets, the world is full of colors. Accepting the interfaith couples does not mean you open the doors for the herds to go marry in other faiths, that is demeaning the love God magnetizes between any two people.
Love happens, and I can never forget a couplet from Urdu and Hindi Languages, written by the Master Indian poet Mirza Ghalib:
Ishq par zor naheeN, hai ye woh aatish ‘GHalib’
ki lagaaye na lage aur bujhaaye na baneLove is such a flame Ghalib (pen name),
you cannot lit or extinguish it, it just happens.Marriage is between two individuals who are willing to commit to each other’s well-being.

Like all couples, the interfaith couple also endures similar strains in their relationship, (8.4 and 7.9 marital satisfaction on Riley Scale) but it may take the avatar of faith if they are at each other’s throat. It is always easy to blame the religion for our failings. However, interfaith and other inter-relationships tend to be stronger.Interfaith couples must be admired by one and all. When many a couples are having difficulty in getting along, they are setting a new standard: respecting the otherness of someone else and accepting the God-given uniqueness of each other. They may have grown up in different religious traditions, but yet, religion is not a barrier. The poet philosopher of the East, Dr. Allama Iqbal, says, Religion does not teach one to have ill-will.

No one in the American Cities goes without interacting with others. Even the Rabbis, Bhikkus, Gyanijis, Pandits and Imams  at times are accused of shaking hands with a woman in interfaith meetings.

WARNING to the parents:  the more you denigrate your kid’s friends faith, the more your kids will distance from your faith and culture. If you express any prejudice towards Hindus, Muslims, Christians, Jews or others, your kids are likely to reject your attitude. However, some will get entrenched in the conservative ideals, and find it difficult to live with the society at large, what a shame!The question to ponder is this: Do we like Christian, Jewish or Hindu bigots? If we don’t, then let our kids be not seen as bigots to the Christian, Jewish, Hindu and other groups. We are all guilty of bigotry.

What did the prophet say? Think for your brother what you think for yourselves, he did not say “Muslim” brothers, nor would he have said that, as he was the Rahmatul Aalameen (mercy to mankind). We have a choice to constrict him to Muslimeen or accept and give due value for being Rahmatul Aalameen and live up to the ideals of Aalameen (universality).
40% of Muslims (near similar percentage holds good for Jewish, Christian, Hindu and others) marry outside their faith and this will continue to increase, the solution is not distancing from them, but being open to them. Whether you like it or not, it is their life and they are going to marry the ones they are in love with.  I have known many parents who boast raising their child with perfect values (obedient) and that he or she will marry the spouse of their choice and it does happen and works well as well, but they are subject to the same rules as others. The bigger part of Muslim singles are women over 40 – nearly half of Muslim single women are over 40 and they rightfully don’t want to marry another guy without knowing him – but how? Every man she talks with feels he is entitled to her,  shame on men and their culture for their stinky attitude. No one is entitled, they have to earn the relationship. The Muslims women I have talked to resent men’s attitudes,  and hate talking to another Muslim (same with Hindus) Man for a relationship.I looked up several matrimonial ads, and an overwhelming majority of women (over 50) have checked no religious preference in the box provided, and even go on to say that they are not religious. Many have marked spirituality instead of Islam or Hinduism. Mind you they are not advertising in Hindu or Muslim exclusive matrimonials, they are reaching the generic meeting singles places.  Many women have remained single for a very long time. Why should they?

We may not like our women folk to marry outside, but it is a crime to cause them to remain single because of our societal pulls. It is the God given right of woman to live a happy life with a man of her choice, and she needs to have that choice. We need not be a pain to them, if they bring in a friend from other races or faiths to a gathering, we should treat it as a normal social relationship, and not spend imaging things up. We should be accepting them, we should be happy for them to have made that effort.

For those who are ready to stick the religion in your face, believe me, the lady has tried all avenues and finally had made that choice. As a reminder, individuals are responsible for their actions on the Day of Judgment and not anyone else. She is the one who has to live with the right man and she must explore all the options.

God is merciful, that is your God, my God and every one’s God, and he loves those of us who care for his creation. Per the Islamic tradition, stories abound where a sinner would feed a hungry dog, or quench a thirsty cat and God graces him or her with his bounty, and forgives their sins for that act of kindness. Marrying outside is not a sin, it would be a sin to live in hopes of a life together, but not finding one.