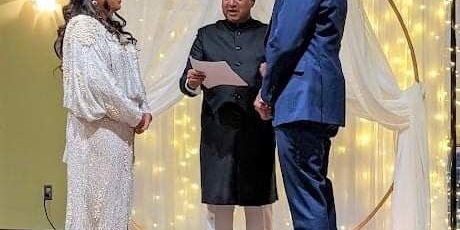 By Our Representative
In an email alert to Counterview, a senior Washington DC-based activist has said that recent trends suggest, when India is regressing, the diaspora in the US is fast progressing ahead with having interfaith marriages. In the long haul, the more we are united, the lesser the friction between the peoples and greater the prosperity, he believes.
According to Dr Mike Ghouse, President, Centre for Pluralism, “Unlike the young men and women in India where parents arrange their marriages, in the US, the children find their own mates”, adding, “What is good about our kids is they don’t have filters like religion, nationality, race, or ethnicity, they rightfully fall in love and look forward to marrying them.
A person of Indian origin, Dr Ghouse said, “Back in our home countries, parents establish the criterion to select your spouse, and you check them off to find the spouse that fits the criteria. One of the shameful criteria is what kind of dowry she will bring, and what kind of financial status the guy has, is the person from the same caste or religion, or ethnicity.”
Claims Dr Ghouse, the American young men and women of South Asian origin “are independent, and unlike their parents, they are open-minded, and have no barriers between them and another person. The question of religion does not arise with them, but it becomes an issue with the parents.
Admitting that some of the parents in the US are also adamant that they will not accept a Hindu boy, Muslim girl or a Jewish, Christian or a Sikh spouse, he says, “This happens even with single or divorced adults in their 40’s and 50’s. But in every case, we had a fruitful conversation, and finally, everything comes together for the happiness of their children.
Citing a Pew survey, which says that two in five Desi Americans marry outside their faith, that is marrying with a Hindu, Muslim, Christian, Jew, Sikh, or the other that includes even hard-core atheists, Dr Ghouse asserts, a few parents have expressed frustrations like, “I raised my girl with good religious education, she was observant of all the rituals and tradition we followed, and I cannot believe she chose to go with this guy from another faith.”
He adds, “The parents on both sides, make subtle to blatant efforts to ask the bride or the groom to convert to their faith. They pursue this relentlessly no matter how many times their kids say No to them, then finally they beg to at least have their name change to suit their faith. A few of them yield to such demand, provided there is no record of the temporary name anywhere, lest their family members and their friend back in India make a ruckus about it.
“When a couple is deeply committed to marrying, they go ahead and get married any way but sorely miss out on the ceremony. Over the years, I have seen too many couples miss out on the joy of that additional sense of completeness that comes with a religious tone in the ceremony”, he says.
He underlines, “Marriage is between two individuals, and their families and friends ought to be supporters and cheerleaders to celebrate and complete their joy. When we officiate a wedding, we work with the couples and the parents to ensure the wedding goes smoothly and everyone is on the same page, that is to cheer the couple.”SHARE